It was hoped that December’s announcement of the EU-UK Trade and Cooperation Agreement (TCA) would bring much needed certainty regarding the future movement of organic goods in and out of the UK. However, with our workforce still dispersed by Covid, Soil Association Certification staff in kitchens, bedrooms – and sometimes gardens – across the UK continue to field queries from businesses anxious to know what the future holds for organic trade.

Nothing and everything changes

Despite wanting to go it our own way, thus far UK has effectively retained EC 834/2007 – the EU’s regulation for organic food and drink. Organic is a protected method of production. If you’re not familiar with organic regulations, then both EU law and our own new SI’s or statutory instruments (created by bringing EU regulations into GB law and tweaking them a bit) require businesses to be inspected and certified by a UK control body, should they perform identified activities. This applies to any food, drink, feed, seed product that you wish to market it as ‘organic’.

Businesses who process, pack , label certainly need certification, but where Brexit is concerned, it’s the requirement to be certified for export and import (or acting as a 1st consignee) that has resulted  in the biggest increase in businesses now finding themselves implicated by the new requirements.

When it comes to organic, there were two key things that we soon realised the TCA would not do. It would not dispense with the requirement for Certificates of inspection (COIs) and it would not cover organic goods not grown or processed (in a manner that substantially alters the product) in either zone. In practice, however, the UK has decided that it will not insist on COIs for goods entering GB from EU, Norway, Iceland, Liechtenstein, and Switzerland until at least January 2022.

There is also currently talks of a new SI that may see that extended to 2023. In the meantime, the EU insists that all organic consignments entering the EU are registered on their TRACESNT platform and that they are endorsed by a certifier in the country of export (assuming it’s an approved country or certifier). The EU also now insist that both exporters in GB and importer (and 1st consignee) in the EU are fully certified for this function….and that hasn’t been popular with all EU customers.

No trace of our own TRACES

This delay on the part of the UK is just as well, as the UK does not currently enjoy an electronic system equivalent to TRACES and it’s not clear when we will have one. When GB does eventually require COIs, the plan at present is to insist that paper-based COIs are presented to PHA or BCPs, which will almost certainly present challenges.

Not only is there currently no UK system for electronic COIs, but when it comes to products which are out of scope of the TCA (those not grown in the EU or processed there) the UK has no system to assess EU certification bodies for their ability to certify direct to UK regulation, allowing their exporters to send goods out of scope of the TCA to GB. If a UK importer – for example – wants to import unprocessed green coffee beans from the EU, then they’ll have a problem.

At present all six UK certifiers have been accredited to meet EU organic regulation and should be able to export out-of-scope products (subject to labelling and lot code amends) to the EU and each has a secondary certification code for their licensees to use. However, for reasons that remain unclear, Soil Association Certification is the only certifier whose code is currently selectable in the TRACESNT system. Worse still, as a certifier, we are not sure whether the exclusion of others is intentional. Should it prove not to be, then we may potentially be prevented from certifying hundreds of businesses for products moved to the EU via GB.

One of the key difficulties with this complex situation has been the inability of the UK competent authority (Defra) and the EC to communicate to obtain clarity and agree to approach things in a consistent manner. Following the ratification of the TCA (and period of collective lobbying by organic certifiers and trade bodies), it seems that a dialogue between EC COM and Defra can commence in July.

We certainly hope that by the time you read this that the organic sector has a lot more clarity on the certification and export of out-of-scope products and future acceptance of imported goods. Having said that, with the new organic EU848 regulation due to be implemented in January and no plans for the UK to keep step, we may be facing a new set of challenges by the end of the year. But, given the incredible growth of the global organic market, we know businesses will certainly be motivated to try…..and at least we’ll have the TCA to be going on with, such as it is! 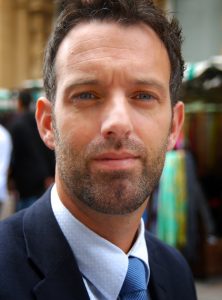 1 thought on “The shifting landscape of post-Brexit organic food & drink import and export.”